Organized within the framework of the UNESCO Creative Cities Network, the CODE* Poster Design Competition was the first joint project undertaken by all seven UNESCO Cities of Design. The idea for the joint competition was suggested in the course of discussions about partnerships and exchanges conducted by Cities of Design delegates assembled in Kobe in November 2009.
* CODE, taken from City of Design, also represents the “code” (sign or symbol) that characterizes each UNESCO City of Design.

The competition aroused great interest among designers in the seven participating cities. 807 poster designs were eventually submitted. Designers were invited to visually define the identity of one of the UNESCO Cities of Design while at the same time evoking the singularities of each.

Winners of the KOBE CODE competition

A jury made up of five design professionals, among them an expert from Shenzhen, selected 10 finalist designs from among the submitted works, including a Grand Prize winner. The evaluation criteria included how well the originality and creativity of the concept was expressed through solid design principles, the degree of the design’s relevance and connection to the competition theme, and how well the design could be adapted, in whole or in part, to other applications, formats or merchandise products.

A Review of the CODE Poster Design Competition by Takayuki TERAKADO, President of the Jury

This is a very unique, unprecedented type of competition in that it is held concurrently in the seven UNESCO Cities of Design, and that designers were invited to send posters illustrating an individual “code,” or particular characteristics of each City of Design. I was much curious as to what entries would be submitted to Kobe City–the proponent of the competition–and what results would be achieved, and felt thrilled as I joined the process of selecting winning posters. At first, I had simply expected that many of entries would depict stereotyped images of the major tourist spots of Kobe, but, to my happy surprise, this expectation turned out to be wrong. A great variety of sophisticated, highly abstract works were entered into the competition, which convinced me of the creative power of these artists. During the screening process, interesting views were vigorously exchanged among jury members, and I felt that the process itself highlighted Kobe’s own “code.” Consequently, works of varied styles and orientations were selected by the jury.

The 10 posters selected in Kobe, together with the selected entries of other Cities of Design, will be shown in a traveling exhibition that will visit each UNESCO City of Design. I hope that the exhibition will communicate the charm of Kobe widely to the public, and bring new discoveries and opportunities to the award-winning designers to help them expand their worlds. This is the ultimate aim of Kobe City in joining the membership of the UNESCO Creative Cities Network along with having interactions with the member cities. 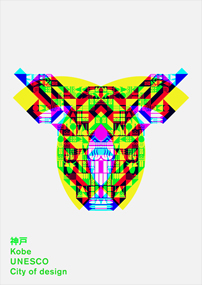 With this poster proposition, we have worked on several levels of magnification to bring out the city of Kobe’s symbolic code. On a first level of magnification is the head of a Kobe bull, the city’s prized export to the world, superimposed on the city’s official symbol. On closer inspection, the image reveals a complex matrix of over-lapping symbols. These symbols have been chosen to form the city’s code, and refer to its architecture, port and thermal hot springs, as well as Kobe beef and traditionnal japanese patterns. Green, the city’s colour, is brought to the forefront despite the use of a simple CMYK palette. To be able to bring out Kobe’s essence with the use of a standardized palette and matrix of symbols situates it within all the other UNESCO Cities of Design while retaining that which makes it unique.

Founded in 1999 by Anouk Pennel and Raphael Daudelin, Montreal based studio Feed specializes in branding, book design and typographic creation. But Feed eats a bit of everything, be it printed, on screen or in space. The studio’s work, which includes numerous mandates in the fields of publishing, arts and culture, is content-led, straightforward, and characterized by an ever-lasting love for typography. Over the years, it has garnered numerous awards, been the subject of conferences and exhibits and has been publish both in Quebec and abroad.

The name “Kobe Beef” seems to be more widely known abroad than is recognized by citizens of Kobe. This work, submitted from overseas, elaborately combines multiple codes and figures to simply shape the head of a bull, while including various elements that conjure up the symbols of Kobe, such as the Port Tower, Chinatown, and even Arima Spa. This work has the power to hypnotize viewers, boasts outstanding uniqueness, and is distinguishable from other entries for its strikingly dry approach. This work is also impressive for its possibilities for a wide variety of applications. 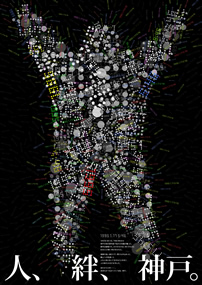 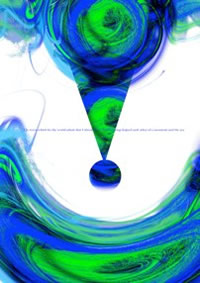 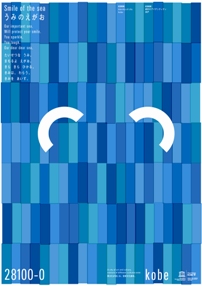 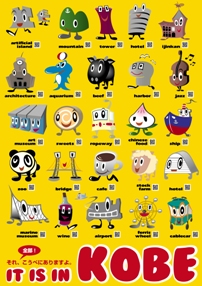 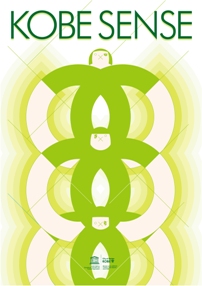 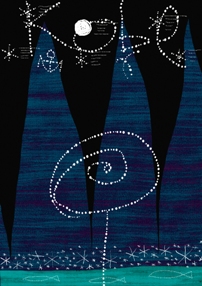 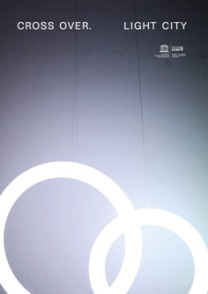 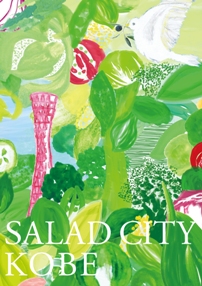